Congress president Rahul Gandhi Thursday said if voted to power, his party was committed to simplifying the Goods and Services Tax (GST) by introducing a single tax slab and reducing the number of tax filings from 12 to four in a financial year.

Pitching the party’s version of GST as “2.0”, Mr Gandhi tweeted a 30-second clip highlighting the alleged difficulties faced by small business owners with the indirect tax reform that had come in effect in 2017.

“Gabbar Singh Tax and Demonetisation destroyed crores of jobs causing tremendous pain and badly damaging our economy. The Congress Party is committed to GST 2.0 – a single GST, with simple reporting. Here’s a short video setting down the Congress Party’s vision for GST 2.0,” he tweeted from his official handle.

In the video, a youth urges a shopkeeper to bring in the Congress for “Nyay (justice)” and to defeat the “Gabbar Singh Tax”.

Mr Gandhi coined the term “Gabbar Singh Tax” in reference to a villainous character from the Bollywood classic Sholay to attack the government’s decision to roll out the “one nation, one tax” reform with five tax slabs —  0%, 5%, 12%, 18% and 28%.

GST, which had subsumed all previous indirect taxes, was criticised for its sheer complexity and difficulty in claiming tax returns.

The Congress, in particular, has been vocal in its criticism over the GST. The party has promised to do away different tax rates and implement a single tax slab. 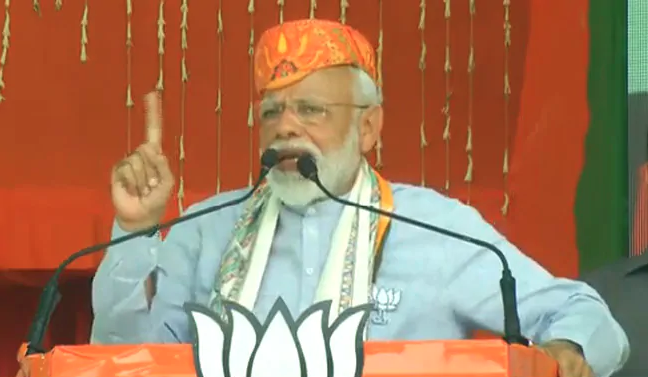